Pets are victims of several intestinal parasites frequently referred to as worms. The most common are - roundworms, hookworms, whipworms and tapeworms. Of these four only two are commonly seen in the stool with the unaided eye: roundworms and tapeworms. But how do we figure out if our pet is suffering from a case of parasitic infection?

Here are 11 of the most common symptoms of worms in pets:

One of the advanced stage symptoms of heartworms in a pet is coughing. Pets with hookworms and roundworms may also develop a cough. 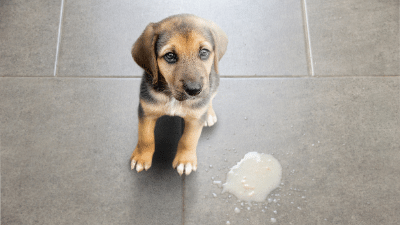 Pets that have worms will often throw up. Roundworms can sometimes even show up in a pet’s vomit.

Soft stools and canine diarrhoea can be the result of worms. In addition to diarrhoea, you may even witness blood in the stool of pets infected with hookworms.

Pets those are lethargic and less active than normal, could have recently contracted worms.

If pet starts to appear potbellied or bloated, that is because they may have contracted worms. This is commonly seen in puppies that have picked up worms from their mother. 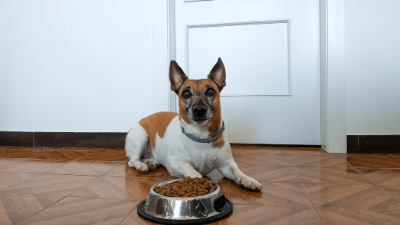 If there’s a sudden change in pet’s appetite, they may have come into contact with roundworms. Pets that are infected with roundworms often lose their appetite as these worms steal a pet’s nutrients. A pet with worms may also show a sudden increase in hunger.

If pet shows signs of rapid weight loss, they may either have a tapeworm or a whipworm.

A healthy pet should have a shiny, thick coat. If pet’s coat begins to dull and dry out, they may have picked up any form of worms. Loss of hair or the appearance of rashes can also denote worms.

Pets that show signs of skin irritation may have a severe infestation of worms. Skin conditions such as hives, rashes, oozing lesions or hair loss can develop in pets in that case.

10. Rubbing Its Bottom on the Ground or Scooting:

Some worms, such as tapeworms may appear as small moving segments in the fur or area around pet’s anus. Roundworms can often be seen in a pet’s stool. However, some infestations cause few or no symptoms; in fact some worm eggs or larvae can be dormant in the pet’s body and activated only in times of stress, or in the case of roundworms and hookworms, until the later stages of pregnancy when they activate and infest the soon-to-be-born puppies & kittens.

Any conventional treatment of deworming is often given in a single shot, however once taken, it cannot be given to the pet for the next 6 months. This may leave the pet infested if the worms have not disappeared or cleared out.

An Alternate Solution to Deworming:

Wormisule XP, a 100% safe homeopathy medicine, is the best remedy for expulsion of any kind of worms. This formulation works in a different way than other treatments. Basically, once this medicine is given to your pet, it secretes certain juices that irritate the worms, which in turn expels the worm from the pet’s body, without actually ingesting any direct chemicals in your pet.

With just 10-20 drops a day, depending on your pet’s age, it starts showing result in just 4-6 days!