25 trained dogs were officially admitted in the Bihar Police Department on Monday. The function which was held at Mithilesh Stadium saw Simba, Pubji, Sheru, Duke, Teja and 20 other specially trained dogs being inducted in the state police force. Among them 23 are Labradors and 2 are Belgian Milinois.

The dogs were trained at IITA, Hyderabad for 8 months. These dogs specialise in tracing illicit liquor, explosives, narcotics and other objectionable items. Of the 25 dogs, 12 will be used for detecting explosives and 5 for tracing narcotics.

DGP SK Singhal highlighted the use of dog squad in the investigation of criminal cases and tracing liquor being smuggled to the state from outside. He added, induction of trained dogs would strengthen the state police force. 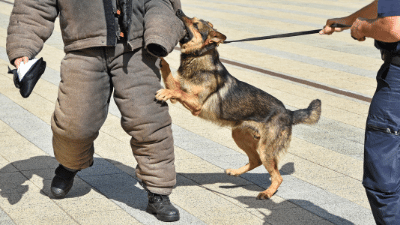 Two Belgian Milinois will be attached to the state police’s Anti-Terrorism Squad (ATS). As per the data, the CID of Bihar Police currently has 68 sniffer dogs in the squad.

“Apart from their sniffing abilities, these dogs are extremely good runners and jumpers, which is helpful for nabbing criminals. They have been trained to detect bombs, land mines, narcotics and liquor” an official said.

ADG (CID) Vinay Kumar said that the state government had approved the state headquarters proposal to set up 50 dog units across the state. Each dog unit will have 4 dogs. A main handler and an assistant handler will be deputed at each unit to take care of the dogs.

Bihar Police had purchased 20 sniffer dogs one and a half years back to detect liquor. One of the dogs, Damini, a German Shepherd, has played an important role in cracking over 2 dozen cases. Two of the dogs - Maddy and Hunter - are experts in detecting liquor from under the ground.