September 11, 2001 marked as a hellish day on America, on all of earth. Two terrorists flew passenger planes through both the buildings of the World Trade Center, making it collapse within minutes.

Over 10,000 emergency rescue workers came in to start off what was called the Ground Zero operation – out of which 300 of them were Canine heroes at the forefront. From search and rescue dogs to comfort dogs to bomb detection dogs, these canines’ stories of courage, healing and long-lasting legacy must never be forgotten.

Here’s remembering and honouring few of the hero dogs of 9/11: 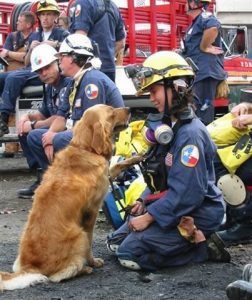 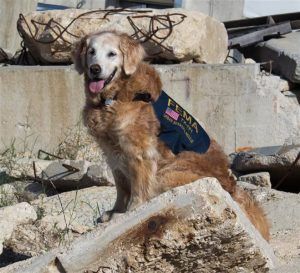 Bretagne (pronounced Brit-nee) was merely two years old at the time of the attacks. She and Denise Corliss, her owner and handler, worked at Ground Zero for 10 days as their mission went from rescue to recovery.

Bretagne was trained for search and rescue work at just eight weeks old. The duo further worked in the rescue missions during Hurricanes Katrina, Rita, and Ivan. 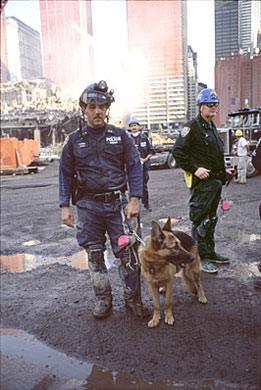 Appollo and his handler, Peter Davis, were called in to assist with rescue operations after the 9/11 terror attacks. They arrived at the World Trade Center site 15 minutes after the attack, making Appollo the first search and rescue dog to arrive after the collapse of the towers.

At one point, Appollo was almost killed by flames and falling debris. However, he survived, having been drenched after falling into a pool of water just before this incident. Appollo started working again as soon as Davis brushed the debris off him. 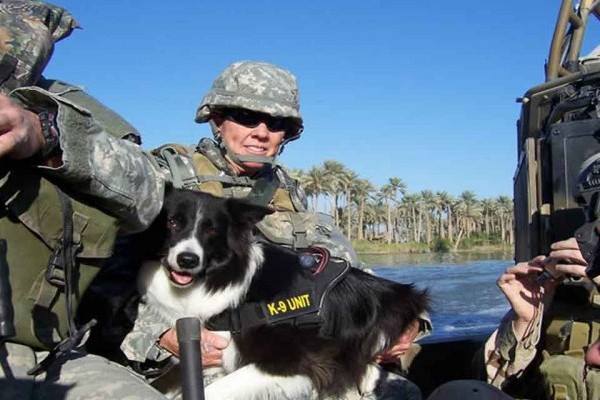 Sage became a search and rescue dog at only 18-months old. Her very first real mission was to search through the Pentagon after the 9/11 attacks. Amid the rubble, Sage sniffed out the body of the terrorist who had flown one of the flights into the building.

Riley, a Golden Retriever that assisted in the 9/11 search and rescue efforts, was trained to find live people. However, he helped recover several bodies of firefighters.

His search partner and human explained, “Riley knew the people he continued to find were dead. He was never a formally trained cadaver dog. His job was to find the still living. I tried my best to tell Riley he was doing his job. He had no way to know that when firefighters and police officers came over to hug him, and for a split second you can see them crack a smile – that Riley was succeeding at doing an altogether different job. He provided comfort. Or maybe he did know.” 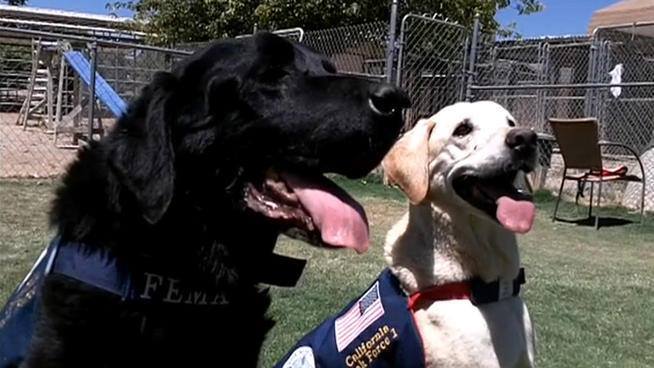 Coby and Guinness, Labrador retrievers, searched tirelessly through the rubble of the World Trade Center and found the remains of dozens of people. Both these dogs were searching for 11 days in 12 hour shifts, much more work than they were ever trained for.

Thunder and handler, Kent Olson, searched through the rubble for victims of the September 11 terrorist attacks. The duo was made to often search for victims and survivors of avalanches and possible drownings, but this was the first time they were helping out with a mission of this magnitude.

Trakr, a German Shepherd with Canadian Police officer James Symington, discovered the last survivor of the September 11 attacks at the World Trade Center. Genelle Guzman-McMillan was making her way down the stairs when the building collapsed around her. After being trapped for 27 hours beneath the concrete and rubble, Trakr alerted firefighters to her whereabouts.

Jake was only 10-months old when he was found as a stray, living on the streets and suffering from several injuries including a dislocated hip and broken leg. He was adopted by Mary Flood, a member of a search and rescue team trained to respond to disasters.

After nursing him back to health, Mary trained Jake for search and rescue. A natural, Jake quickly became a world-class rescue dog. While Jake assisted after many natural disasters, he was most noted for his work following the September 11 attacks on the World Trade Center where he worked tirelessly for 17 days.

Hundreds of more loyal, hard-working & fearless dogs worked day and night to search for survivors or locate their remains for anguished families. Some even risked their lives for this but all these hero dogs worked at it like their life depends on it. Today, we honour, respect & cherish their contribution in one of the biggest search & rescue operations in the world.