A well-known "rule of paw" holds that you can tell how old your pooch is in human terms by multiplying its age in years by seven. However, scientists have found that every dog year is actually not equivalent to 7 human years, contrary to popular belief. The study reveals that young dogs might actually be ‘older’ than previously thought.

Dogs show rapid growth in ageing during their formative years. Furthermore, as time passes, the rate of ageing in dogs, compared with humans, slows down.The findings suggest a one-year-old dog would have a “human age” of about 30, while by the age of four they’d be about 54 in “human years”, and by 14 they would be on par with a human in their mid-70s. 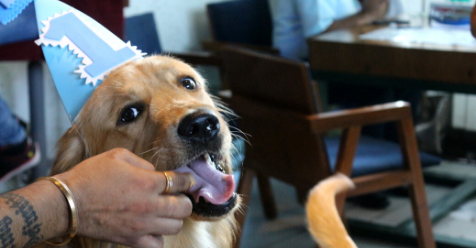 The scientists were able to devise a more complex formula that better matches the canine-human life stages - but you'll need a scientific calculator to figure it out.