On World Wildlife Day, Delhi’s Forest and Wildlife department said it would launch an integrated wildlife app where people would be able to report sightings of wildlife species and help animals in distress.

The application, which is still in the development stage, will allow people to share photographs of the sightings with its location being geo-tagged. They can also share pictures of animals in distress to help them receive aid quickly. This app would not only help in building a database of Delhi’s birds and wildlife species but also identify hotspots of animals such as Nilgai or Golden Jackal. This will also help in identifying if there’s an increase or decrease in the number of sightings in the future. 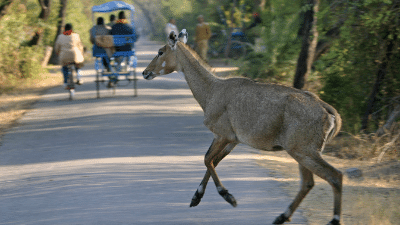 The forest department says people will be encouraged to click pictures of animals like Nilgai, Monitor Lizards and Civet Cats being seen in and around their neighborhood. Birders in particular can use this application during bird counts. “The geo-tagging feature will serve two purposes. It will paint a map of the city with thousands of pointers in terms of where a particular bird or animal was sighted. In the case of injured animals, the location will be automatically sent by the app to the nearest officer, who can reach and rescue the animal” said the official.

The app is expected to launch in another three months. Till then people can call on the Delhi Green Helpline number - 1800 18600 for any wildlife or tree related issues. These include traffic of wildlife, wildlife in distress, illegal tree pruning or felling and other tree related inquiries.