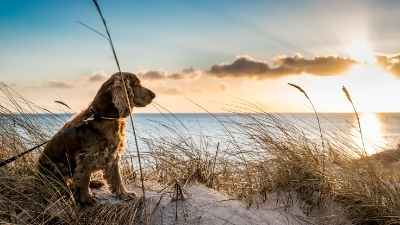 There's good news for all the pet owners and rescuers of Delhi. Now pet owners and animal rescuers won’t need to run from place to place to ensure their pet reaches pet heaven. The creation of the first public crematorium for cats and dogs have begun.

On December 20, the South Delhi Municipal Corporation (SDMC) initiated the creation of the first public crematorium for dogs and cats, where they will be cremated with all the proper rituals, and their ashes will be stored for up to 15 days thereafter. Spread over 700 square meters, the project will come up in Sector 29, Dwarka.

"A number of dogs and other small animals die everyday in Delhi. They are either buried in the soil or disposed of on sanitary landfill sites causing water and environmental pollution, apart from inviting the chance to spread diseases", the SDMC said. Its decision was taken "In order to dispose of dead dogs and other small animals in a scientific manner, and to honour the sentiments of pet lovers". “We want such animals to also have dignified last rites, as we do for humans. So, we have asked for provisions to be made to have a priest at the crematorium who will perform the rituals in a traditional way for a dead pet,” the official told.

The prices for using this facility have also been set. To cremate a dog weighing up to 30 kg, the rate will be Rs 2,000, and for dogs weighing more than that, the owners will have to pay Rs 3,000. Stray dogs will be cremated free of charge. Although the facility is being built by the SDMC, pet-owners living in areas outside the territorial jurisdiction of the municipality will also be able to avail the facility for their pets, with the same fixed charges. However, someone bringing a dead stray dog or cat from areas falling under the North Corporation or the East Corporation, will have to pay Rs 500.

Earlier, residents of the city had a hard time figuring out how to cremate or bury their dogs in an appropriate manner, and have had to rely on obscure private services. This will be the first public facility for all Delhiites. In case a dog carcass needs to be picked, the Department of Environment Management Services does that job.

This is a great initiative for animal welfare from the Government. Our pets who are such an important part of our family will get the rights and respect that they deserve. Now our pets will have a safe journey to the pet heaven.