Belgian Malinois, a breed of dogs known to be supreme guard dogs, have been appointed by the Delhi Metro to safeguard various stations. These dogs are not only selectively bred to improve the workability but also perform efficient tasks with specific skills.

“Polo”- an agile Belgian Malinois dog with special skills, has been given his first posting by the Central Industrial Security Force (CISF) at the Delhi metro, which is slated to fully open by September 12.

Polo also belongs to the same breed which played a very important role in an operation launched by US security forces in Pakistan to eliminate Osama Bin Laden. In fact, Belgian Malinois breed is often appointed by the security forces in India as well. However, it would be the first time when a Belgian Malinois breed dog will be deployed at any establishment in the national capital region.

“He is the only dog who is master of all three trades -- sniff, attack and guard while other breads like German shepherd and Labrador can perform only one task” his handler M Mariselvam said.

CISF normally has one handler per dog but as Polo is a special dog, there are two handlers for him. 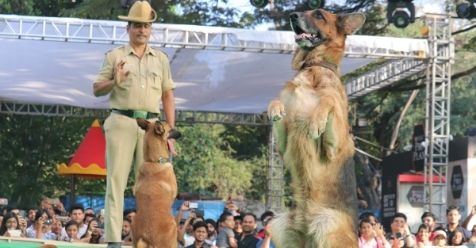 “He can walk almost 40 kilometres while other dogs can walk up to 4-7 kilometres. He can attack also in case of any terror attack and has outstanding sniffing sense,” K9 team head Inspector Rajender Pilania told ANI. "He will be most likely to be deployed at major metro stations like Rajiv Chowk, Kashmiri gate etc while we can use him in theft cases too. Polo is completely different from others,” he added further.

Last year, two of Belgian Malinois namely– Rana & Nidhi, who worked for the Karantaka State Police, also showcased a brilliant demonstration of obedience, explosive detection with human body search, narcotic detection with search from bags, assault or attack work with and without a command.