The History of Cocker Spaniel

Believed to have originated in Spain, the Spaniel is a breed type of great antiquity. Spaniels have been helping in bird hunting since before the development of the rifle when hunting dogs were used in tandem with nets. They got the name "cocker" as they used to hunt the Eurasian woodcock bird.

For centuries, British & European spaniels were informally grouped simply as land spaniels and water spaniels. However, by the 19th century, when written breed standards, dog shows, field trials, and the very notion of purebred dogs began to gain traction in England, the spaniels were classified as specific breeds. These dogs that were smaller than English Springer Spaniels but larger than English Toy Spaniels, were the ancestors of the modern Cocker Spaniel.

In America, the Cocker Spaniel was categorized into two varieties, American and English. The English were characterized as being taller and with a longer head than the American one, with a coat that was not as profuse. A black Cocker named Brucie helped popularize the breed by winning Westminster’s Best in Show twice, in 1940-41, but the Cocker’s American heyday came in the 1950s because of Vice President Richard Nixon’s Cocker, Checkers, who helped change the course of U.S. political history.

Cockers are great playmates for kids & are energetic sporting dogs that love playtime and brisk walks. 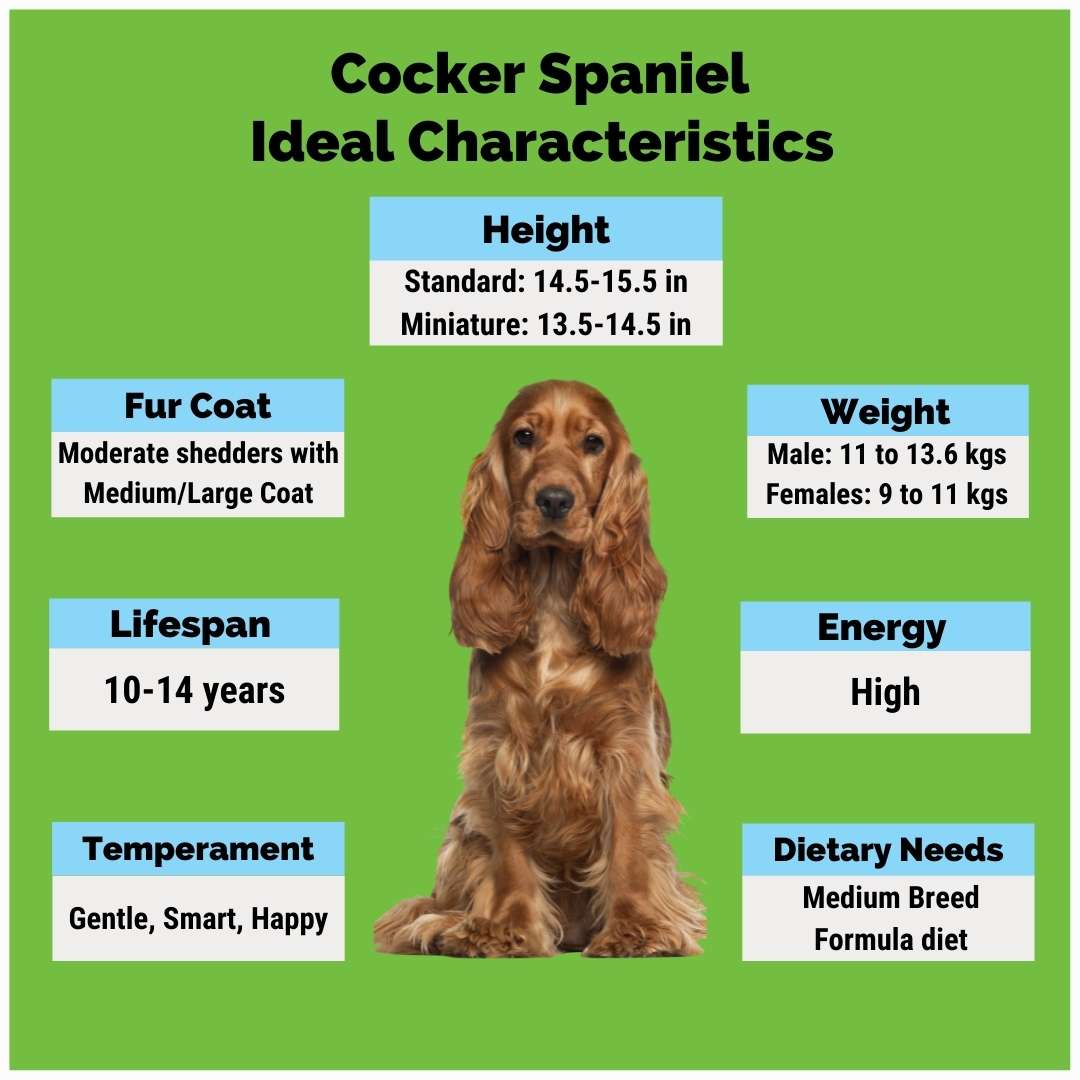