France will gradually ban the use of wild animals in circuses, eventually phase out orca and dolphin shows and will ban mink farming for fur, Environment Minister Barbara Pompili said on Tuesday. 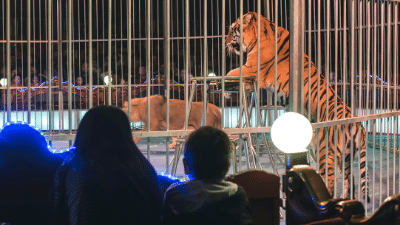 "Today, I announce the progressive end of the presence of wild animals in travelling circuses, a ban on the presence of orcas and dolphins in dolphinariums not adapted to the needs of marine mammals, and the end of mink farming for fur," she said.

She said the measures would impact about 80 circuses, which have some 230 animals, including big cats, elephants, hippos, wolves and others. This transition will take a few years and existing animal shows will receive government support to switch to a new model smoothly by providing an aid package of more than 8 million euros ($9.36 million).

France, which has three dolphinariums, will not allow the opening of new ones and wants the closure of existing ones within seven to ten years. They also want the closure of four mink farms within five years.

Apart from France, some 20 other European countries have already banned or limited the presence of wild animals in circuses.