On 30th August 2020 PM Modi, in his ‘Mann ki baat’ session, laid special emphasis on the services of Indian breed dogs while urging people to adopt Indian dog breeds rather than going for foreign breeds. He had mentioned several Indian breeds among which, ‘Mudhol Hounds’ was one.

After its mention in the session, this Indian breed rose to fame among dog lovers for its extremely obedient nature, outstanding sniffing skills, hunting capacity and its agility.

Mudhol Hounds can run at a speed of around 50 KM/ hour and can sniff any object from a distance of 3 KMs. Due to these abilities, this breed instantly grabbed the attention of the Indian Armed Forces. 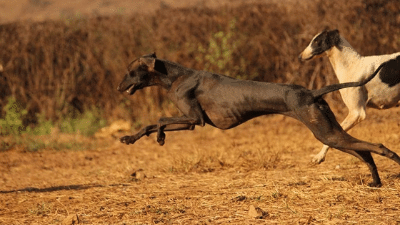 These dogs are already serving in the border areas of the country such as Rajasthan and Kashmir. Even the police departments of Andhra Pradesh and Rajasthan have these dogs recruited for security. Recently the National Security Guard (NSG) showed interest in the breed and had taken some puppies for training.

In February 2021, the Indian Air Force had decided to get the Mudhol Hound into its service for the first time, to keep flightless birds and animals away from the runways as a way to reduce such accidents which took place at the time of flights.

Nevertheless, the recent conclusions of field trials of Mudhol Hounds conducted by ITBP (Indo- Tibetan Border Police) and SSB (Sashastra Seema Bal) on the directions of MHA’s Police K9 cell have revealed that Mudhol Hound, despite of its amazing athletic abilities, is a sighthound breed which easily loses focus. It tends to get distracted by any moving object and prefers to chase it rather than concentrating on following the trail. 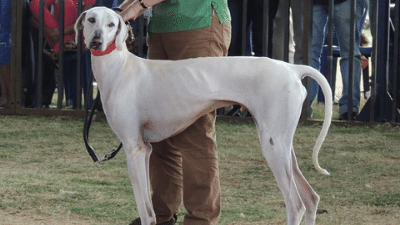 The conclusion reached by the ITBP and SSB experts says, “This breed doesn’t fulfill the requirement of a police dog due to its temperament and poor trainability.” They also said that “The breed has the tendency to forget past training and tends to run away if kept off- leash during training/ practice.”

The field trials of three other Indian dog breeds are underway. While CRPF is conducting the trials for Combai and BSF for ‘Rampur Hound’, different breeds of the ‘Himachali Hound’ or mountain dog breed- Gaddi, Bakarwal Hound and Tibetan Mastiff are undergoing trials for ITBP, SSB and BSF.

This Indie breed might not be able to become a police dog but has certainly won our hearts along with that of Indian Armed Forces. We urge everyone to adopt our Indie dog breeds instead of buying a foriegn breed. These are as loving, caring, loyal and obedient as other dog breeds.