A man saved his pet dog from a 20 feet long python which had attacked the animal at his farmhouse in Udupi district, Karnataka. 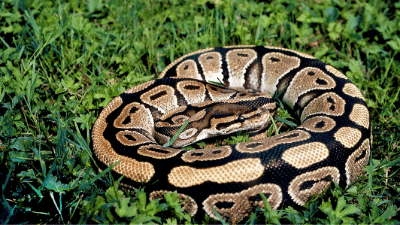 Ravi Shetty Byndoor heard the cries of his dog at the farmhouse in his village and found that the large python was trying to swallow the animal after coiling around it.

Ravi immediately sought help of his friend Rajeeva Gowda from the Forest department.

Both of them managed to save the dog from the snake's grip and that effort took more than an hour, he told the reporters.

The dog was saved without any serious injuries.

Even the python was later released to the nearby reserve forest, Ravi mentioned.