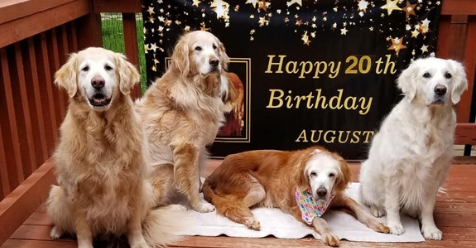 The record-breaking pup is the 19th oldest dog in the world overall, and the oldest of her breed.

August celebrated her 20th birthday on April 24, but it wasn't until last week that it was announced that she was the oldest dog of her breed. Typically, golden retrievers have a lifespan of 10 to 12 years.

August, also known as Augie, was brought to the Golden Retriever Rescue Southern Nevada and adopted by Jennifer and Steve Hetterscheidt in 2014 when she was already 14 years old, well past the average age of a golden retriever.

"She was a forever foster," said Jennifer Hetterscheidt, who co-founded the rescue in 2002 and was serving as the intake director when August was brought in. After she retired from the shelter, the family moved to Oakland, where they currently reside. 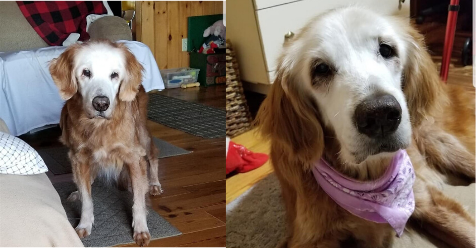 When it came to the title of oldest golden retriever, Hetterscheidt said that there had been some competition — another golden retriever was a few months older than August, but passed away just before turning 20.

"As she got older, when she was around 17 or 18 years old, we started searching for the oldest golden retriever, just casually," said Hetterscheidt. "When she hit 19, I came across Goldheart Golden Retriever Rescue, and on their FAQ, it said one golden retriever had just passed away, just under the age of 20."

"When Augie hit 20, I gave her a couple more months, then contacted the rescue again, saying 'Now we have the oldest golden retriever, because she's over 20 years old,'" Hetterscheidt said, adding that she and her husband also checked Guinness World Records, but they don't qualify dogs by breed. According to their scale, August is the 19th oldest dog in the world. "We just did internet searches for months trying to find an older golden retriever, and we just couldn’t."

Hetterscheidt told TODAY that August is still in great health for her age, despite experiencing some early-stage kidney failure that is treated with diet and supplements.

"When we got her from the rescue, she was in the early stages of kidney failure," she said. "At that time, she was at stage one out of four. With repeated annual bloodwork, she's became a two out of four, but she's still staying at stage two."

The kidney problems don't take much toll on August's daily life. She loves going on walks and playing fetch in the family pool. 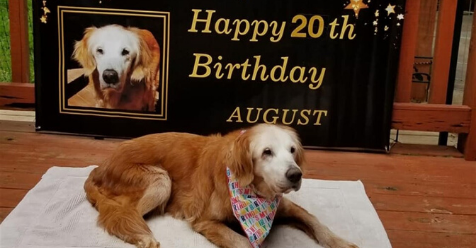 "She's got some lumps and bumps, some skin tags, but she can move so fast when you open the refrigerator door," Hetterscheidt joked, adding that despite being "a little wobbly when she first gets up in the morning," August "walks well" and loves taking "walks around the property."

August isn't the only dog at the Hetterscheidt home. The couple own three other golden retrievers, whose ages range between seven and 10, and a cat. Hetterscheidt said that August loves having so much company to play with. 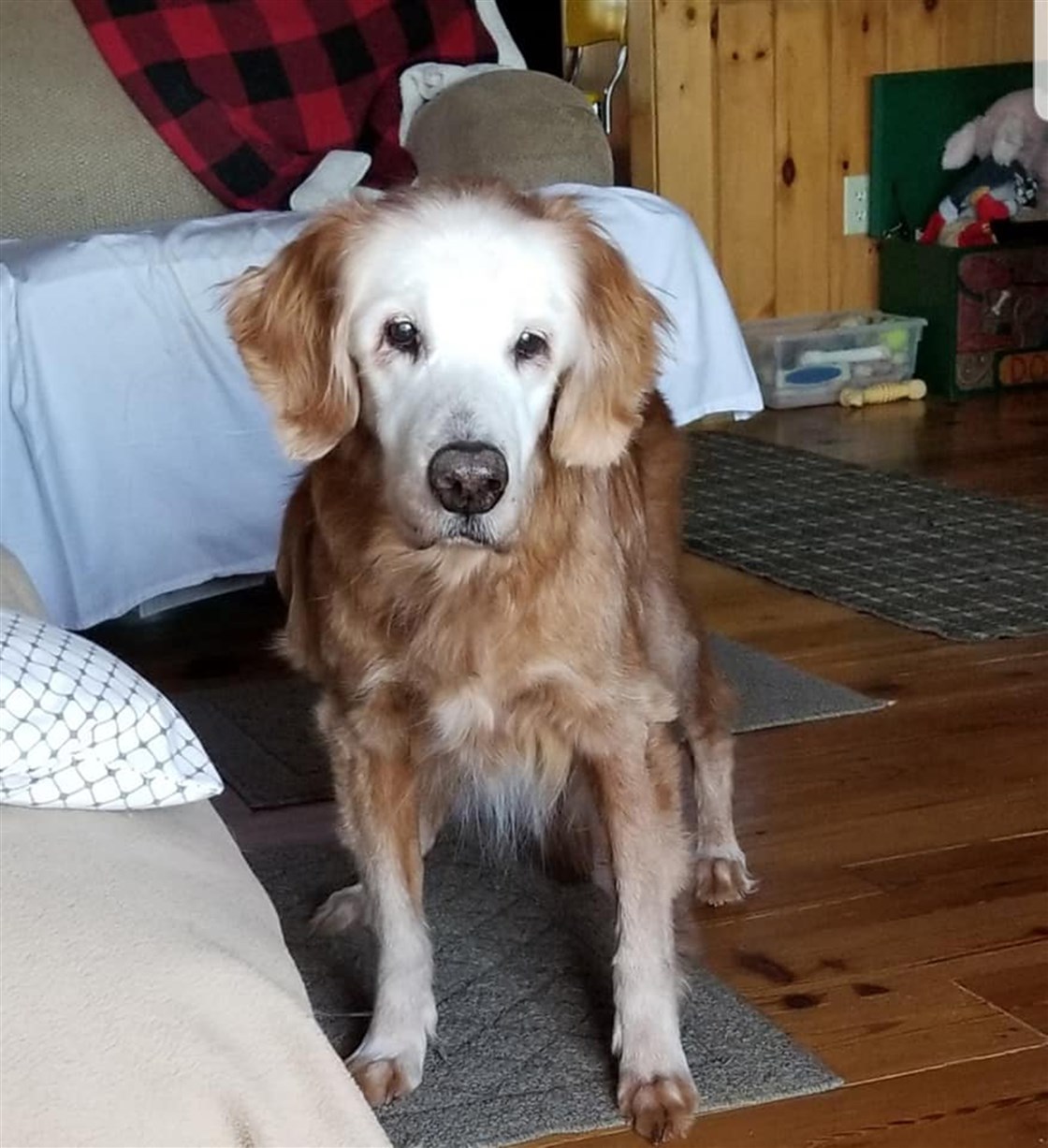