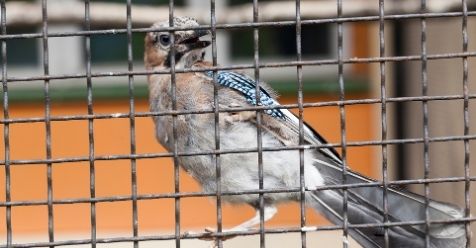 “Two persian cats were kept in tiny cages with no litter box. Their fur had become brown with dirt and faeces… The staff at the park said the animals were being let out of the cages in the evening. They also claimed there were tortoises at the park, which we did not find,” Ghosh said.

This ‘zoo’ in the name of a public park had birds including a turkey, emus, hens, geese, ducks, finch along with rabbits, guinea pigs and Persian cats. It was dismantled with help from volunteers and a South civic body’s staff. The animals and birds were then transported to a shelter in Haryana.

A horticulture official, who manages the park, said an MoU was signed with a private firm for the upkeep of the park in 2017. He further added, “It was only for maintaining and greening the park. No permission was granted for setting up a zoo. This happened during the lockdown. When we learned about it on Monday, we dismantled the structures immediately.”