28 May, 2021 By : Staff Writer
The History of Poodle
The Poodle is the national dog of France, and the natives love them. There is, however, no such breed as the “French Poodle.” In France, Poodles are known as the Caniche, or “duck dog.”
The breed, however, originated as a duck hunter in Germany, where the word “pudelin” refers to splashing in the water. The Standard Poodle began its development as a magnificent retrieving water dog more than 400 years ago. In the breed’s early years, the vibrant Poodle show coat served a practical purpose. Hunters wanted their dogs to have a free range of movement in the water, but they also wished to protect vital areas of the anatomy from the cold. They shaved the legs, neck, and tail but left the chest, hips, and leg joints coated. The rounded tufts on the legs, hips, and tail tip are called pompons.
Elegant Poodles of the Standard and Miniature varieties found favor among the nobles of France and, eventually, all of Europe. The breed’s showy looks and trainability made it a natural entertainer. An excellent nose brought the Poodle additional work as a truffle hunter. The Standard was bred down to the Miniature. The Toy was first bred in America, in the early 20th century, as a city-dwelling companion dog.
Poodle is known as a highly intelligent, energetic, and sociable breed. 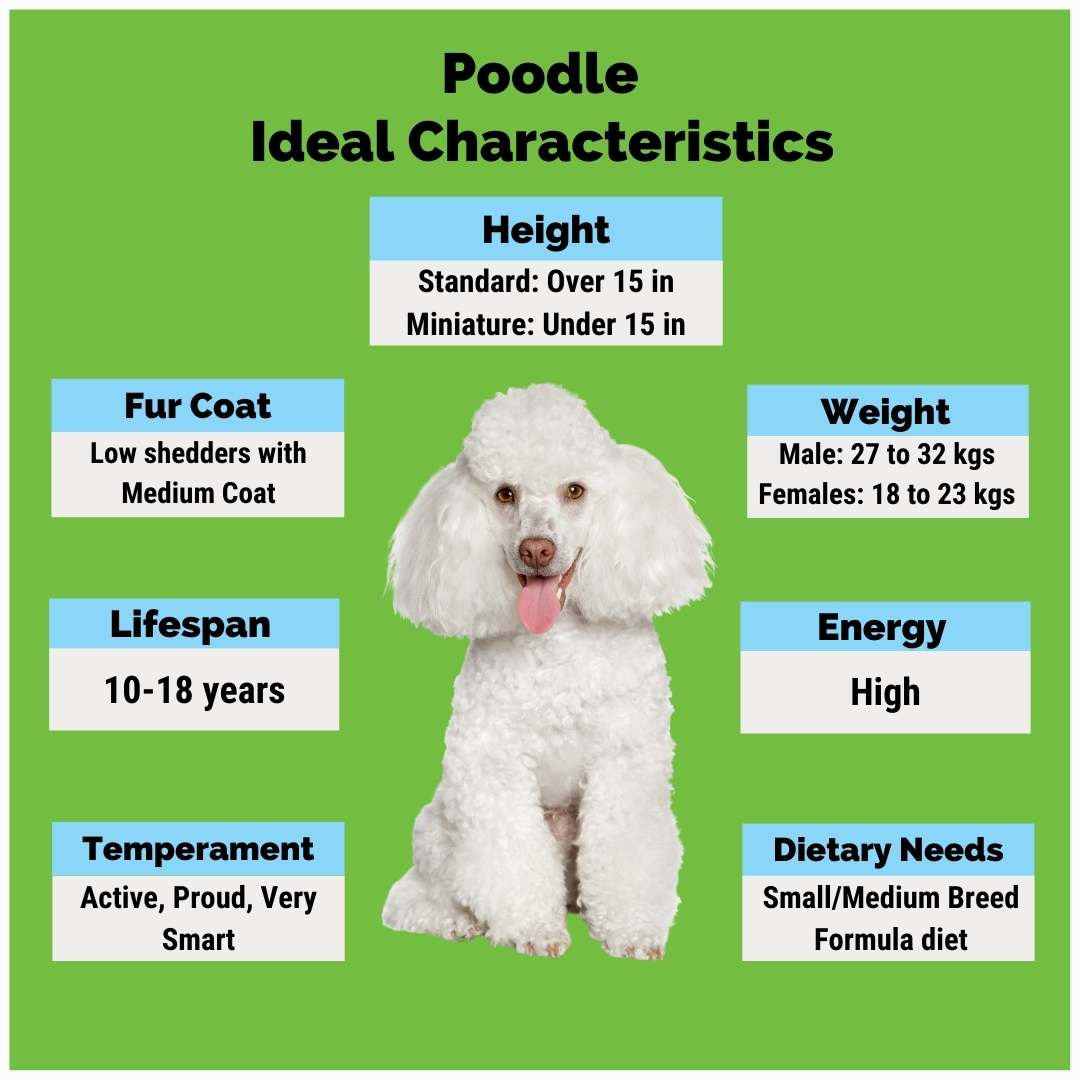