18 Jun, 2021 By : Staff Writer
The History of Boxer
The Boxer is a medium to a large, short-haired breed of dog. They can be traced to Germany of the late 1800s and early 20th century. The breed is thought to have been bred down by German dog fanciers from a larger, heavier German breed called the Bullenbeisser (“bull biter”).
The Bullenbeisser had been working as a hunting dog for centuries, employed in the pursuit of bear, wild boar, and deer. Its task was to seize the prey and hold it until the hunters arrived. In later years, faster dogs were favored and a smaller Bullenbeisser was bred in Brabant, in northern Belgium. The Brabanter Bullenbeisser is generally accepted as being a direct ancestor of today's Boxer.
The English name Boxer refers to the way the breed fights, like a prizefighter, with their front paws when playing or defending themselves. Over the years, Boxers have been used as cattle dogs, police dogs, war dogs (in both world wars), protection dogs, and guide dogs for the blind. The American Kennel Club registered its first Boxer in 1904, but the breed peaked in the U.S. around the 1950s when a Westminster-winning Boxer named Bang Away became a national celebrity.
Boxers are upbeat and playful. Their patience and protective nature make them great with children. 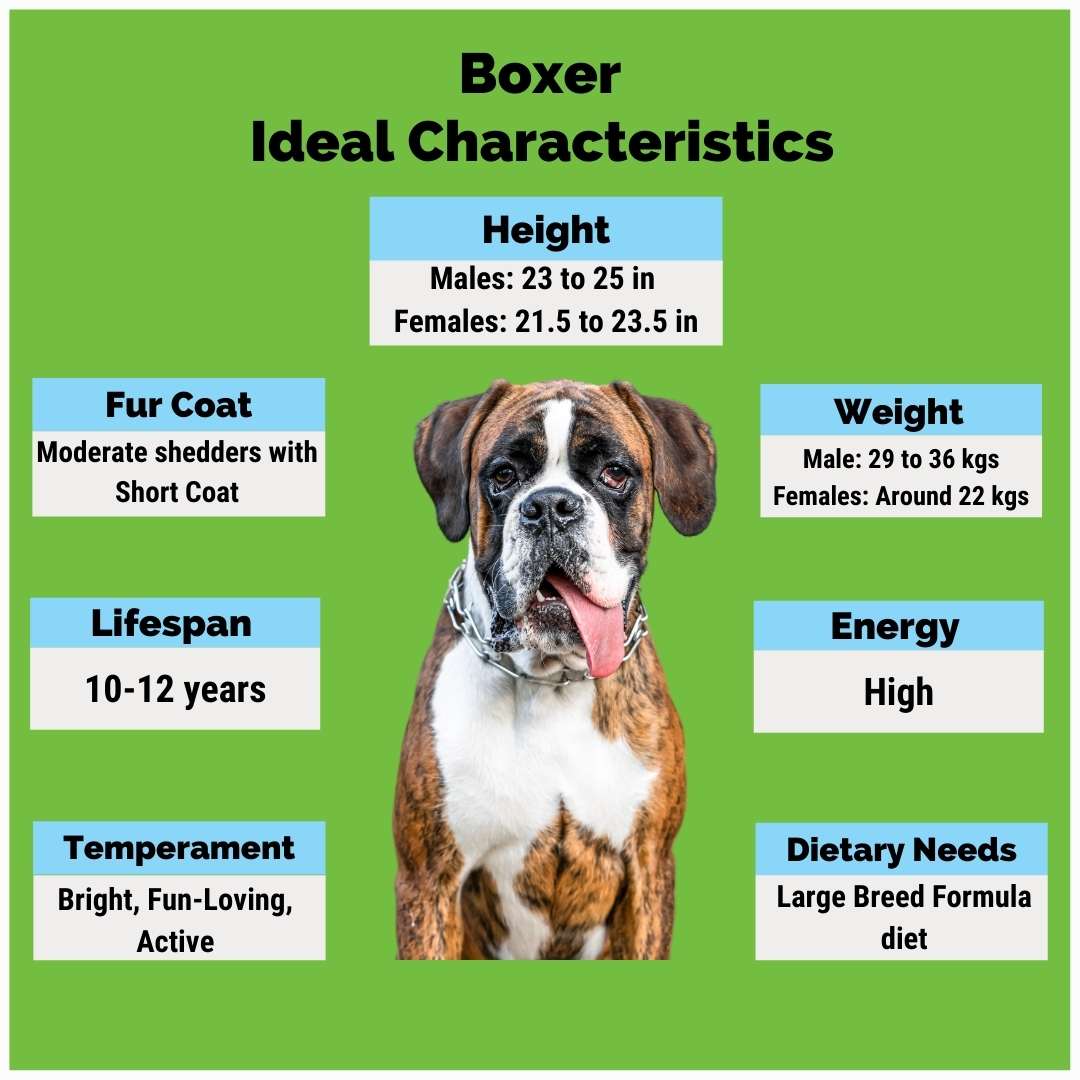