As Hurricane Delta closed in on Mexico’s Yucatán peninsula, a Mexican man named Ricardo Pimentel opened his home – to about 300 dogs.

There were plenty of other animals too: dozens of cats were harbored in his son’s room; his daughter’s room served as a refuge for chicks, bunnies and even a hedgehog; a patio became a haven for a flock of sheep.

“It doesn’t matter if the house is dirty, it can be cleaned. The things they broke can be fixed or bought again, but what’s beautiful is to see them happy, healthy and safe, without wounds and with the possibility of being adopted”, mentioned Ricardo.

He warned of the hurricane’s devastating power. Concerned that stores might remain shut after the storm, leading to food shortages, he asked for donation through a social media post.

“If I lived with just 10 or 20 dogs, I wouldn’t worry much, but here we have hundreds of animals and we can’t afford the luxury of not having enough food,” he said. 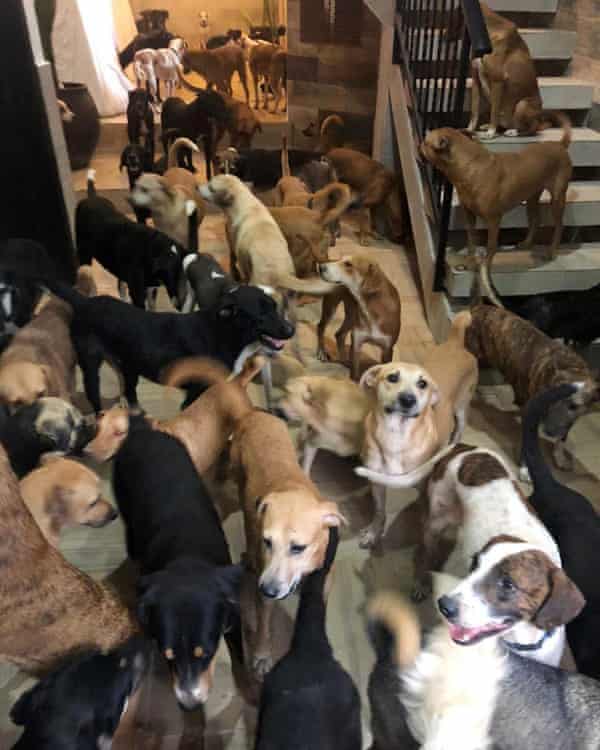 Ricardo was so busy in the midst of the storm that he was unaware that a photograph of his crowded house had gone viral on social media. He was surprised and grateful for the number of donations coming in from people around the world.