The Union Ministry of Home Affairs (MHA) is planning to strengthen its canine squads by introducing new dogs over the next few years. A seminar organized by the Police Modernisation Division tasked with equipping the Central Armed Police Forces (CAPFs), suggested elevating breeding by CAPF dog training and breeding centers to produce 1,000 pups of various breeds each year.

The MHA presently acquires around 300 pups a year. The three major breeds—German Shepherd, Labrador, and Belgian Malinois—could be joined by several Indian breeds currently under suitability trials with the CAPFs.

The CAPFs are the largest police dog users in the country with nearly 4,000 canines. The CRPF uses nearly 1,500 canines while the NSG (National Security Guard), a counter-terrorist force, has fewer than 100 dogs. The dogs are currently used for a variety of tasks, from explosive detection to assault and guard roles. The CAPFs are exploring the use of dogs for other tasks, such as fake currency identification. 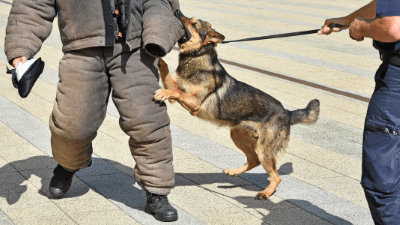 The seminar held in New Delhi saw participation from all seven CAPFs operating under the MHA. “As a first step, we want to increase the performance standards of our dogs to improve their efficiency and make them more effective force multipliers,” said Colonel Pramod Kumar Chugh (retired), consulting director at the MHA’s Police K9 cell. The second step would be to increase the number of dogs, which calls for improving infrastructure, such as kennels, and identifying quality breeding stock—males and females of exceptional quality—produced for police duty.

The seminar concluded that dual-purpose dogs need to be added to the CAPFs and central paramilitary forces. The CRPF (Central Reserve Police Force) is the only CAPF that has multipurpose canines for counter-Maoist operations. “Dual-purpose canines are the way ahead because while explosive detection dogs use their nose to work, we are not exploiting their natural instinct—to attack and defend,” said Colonel Chugh.

A new proficiency cell has been set up by the Police K9 cell, to implement a new set of behavior assessment tests, what it calls the ‘Augmentation of K9s by Licensing as per Accreditation Norms’ (AKLAN). These tests will evaluate the competency of pups for police and paramilitary roles. Earlier, there was no system to evaluate their performance and only random audits were carried out.

The CAPFs are also assessing the capabilities of various Indian hounds for police duties. The CRPF is evaluating the Kombai dog, native to Tamil Nadu, while the BSF (Border Security Force) is trying out the Rampur Greyhound, native to northern India. The ITBP (Indo-Tibetan Border Police) and SSB (Sashastra Seema Bal) are trying out four species of Himalayan sheepdogs—the Gaddi, Bakharwal, Tibetan Mastiff, and Himachali hounds.