An Asian elephant named Kaavan, kept in captivity for 35 years in Islamabad’s Maraghazar zoo, had been chained and tormented his entire life. 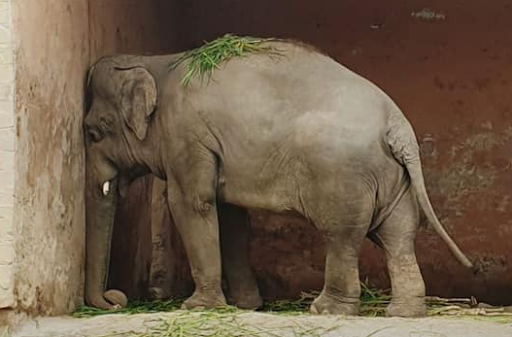 Things had become worse for Kaavan, after his companion Saheli, died in 2012. The two elephants had shared an enclosure since 1990. Post the loss & spending a long time alone, he would often suffer from violent outbursts and showed increasing signs of mental distress & depression.

The Zoo came into the light for keeping Kaavan in harsh conditions where they moved him to a small pen with no shade, to control his behaviour. Although some zoo keepers were also trying to find a mate for him hoping that he wouldn’t feel lonely anymore and there would be some positive changes in his behaviour.

Heartbreakingly, even his personal keeper, Mohammad Jalal, said: "I have hardly seen him happy."

Safwan Shahab Ahmad, the vice chairman of Pakistan Wildlife Foundation who has studied the elephant since the 1990s, said behaviour like head bobbing demonstrated “a kind of mental illness”. The elephant was regularly said to be seen swaying and bobbing his head in his enclosure. Safwan added: "Give Kaavan deep bushes and artificial showering and you will see him enjoying the environment."

Last year, Kaavan became the subject of some really high profile animal rights campaigns, where both local and international animal rights groups launched a bid to have the elephant rehomed in a suitable sanctuary after his years of suffering. It was also backed by some of the biggest stars like music sensation, Cher.

Finally, in May this year the Islamabad High Court ordered wildlife officials to launch a consultation with Sri Lanka, where the elephant came from, to find him a "suitable sanctuary".

Now, Kaavan has finally been allowed a chance at a new life after he was moved to the Lek's sanctuary in Cambodia, a 25,000-acre animal sanctuary, where conditions are expected to be more suited to him and where he will have other elephants for company.

Government minister Malik Amin Aslam said authorities would "free this elephant with a kind heart, and will ensure that he lives a happy life."