Much like the verbal & nonverbal cues of human beings depict their state of mind & emotional well being, tail wagging is a huge part of a dog’s communication & vocabulary. They tend to communicate or showcase their emotions via a tail wag & contrary to popular belief, it doesn’t always mean that they’re happy!

So, what else can a tail wag mean? Here’s a short guide to understand the possible reasons for your dog’s tail wag. 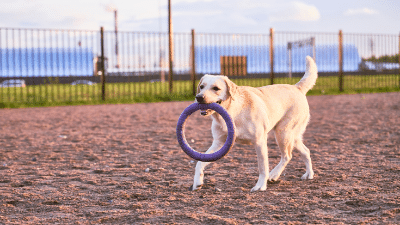 The tail's position, specifically the height at which it is held, can be considered a sort of emotional meter. It goes as follows:

- A middle height suggests the dog is relaxed and calm
- If the tail is held horizontally, the dog is attentive and alert. If it moves farther up, it may mean that the dog is becoming more threatening, with a vertical tail being a clearly dominant signal or a warning to back off

-Tail position dropping lower is a sign of the dog becoming more submissive or worried or feels poorly.

How the tail tends to move, also expresses a lot about the dog’s mood. Here it goes:

-A slight wag, with each swing of only small breadth, is usually seen as greeting

-A broad wag is friendly which is the closest to the popular concept of the happiness wag, especially if the tail seems to drag the hips with it

-A high-speed wag that gives the impression of the tail vibrating is a sign that the dog is about to do something, usually run or fight. If the tail is held high while vibrating, it is most likely an active threat

Notice the Tail’s Direction of the Movement: 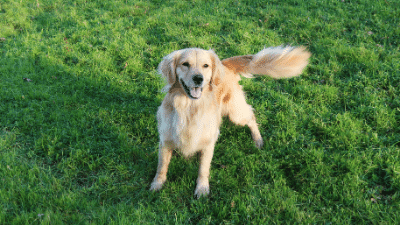 This was concluded after a research was done by keeping dogs in front of their owner; an unfamiliar human; a cat; and an unfamiliar, dominant dog one after the other.

So next time, take a close hard look at the tail wag before jumping onto any conclusion about your pet or even stray dog’s emotional state!